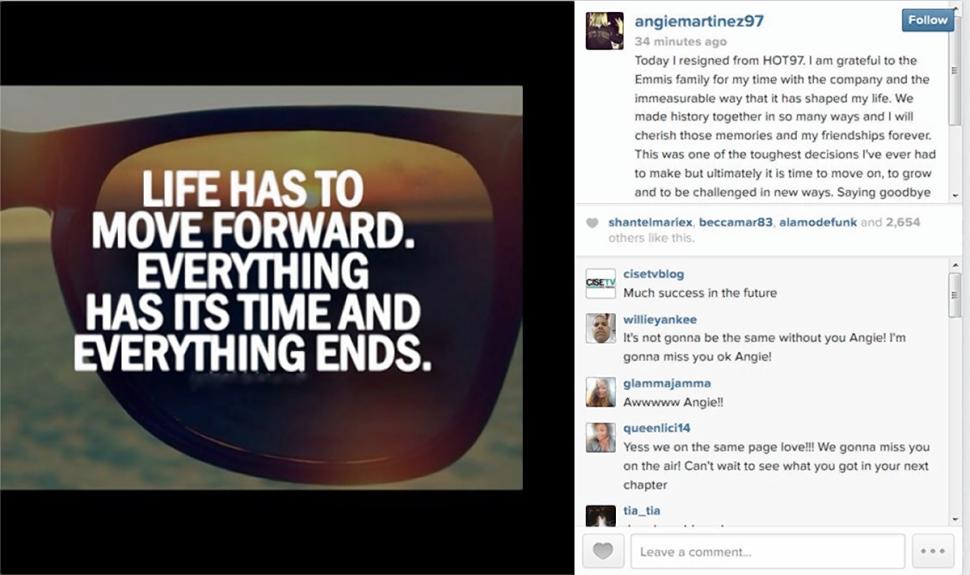 Not since Wendy William’s departure for WBLS have I really cared about the departure of a radio personality till now. Angie Martinez made the public aware, through, Instagram, that today was her last day at Hot 97. Well, my world is rocked. What happened to cause Angie to resign from her longtime home, Emmis Communications?

Rumors have already spread and go to extremes from being fired to Angie accepting a deal from rival station, Power 105.1. Angie Martinez has super celeb friends in the world of movies and music, she’s recorded an album, done Entertainment Tonight and was recently a co-host on The View. Only time will tell what Angie’s next move will be. She will be missed by the 3 o’clock listeners.

We all know how fiercely loyal Old Man Bro is to Hot 97 and sort of cuts off anyone who fraternizes with personality from Power 105.1. More fuel was added to the Power 105.1 rumor when Funk Flex mentioned on air to Angie that no matter what happens he will remain friends with her.