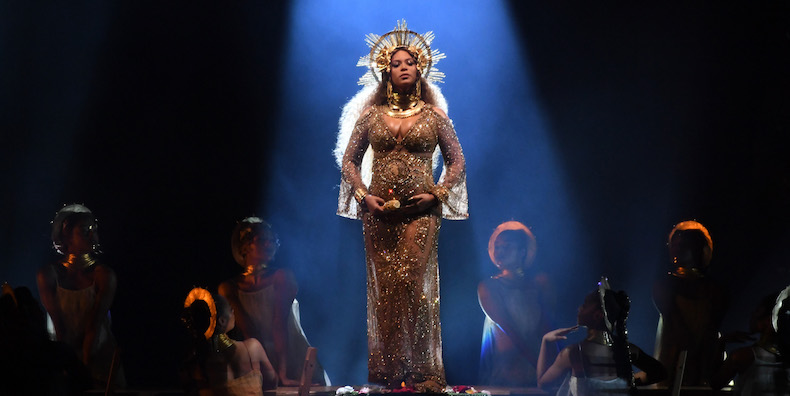 Beyonce performed at this year’s Grammy Awards and did so majestically. She conjured deities from Christianity and African culture and wrapped it all up in song and soul. Even though Lemonade did not win album of the year, this image tells of the excellence that Beyonce continues to set. She won!

There were some other folks in attendance so let’s look at some of the fabulously dressed and well-coifed souls who we also love:

Did I miss anyone?